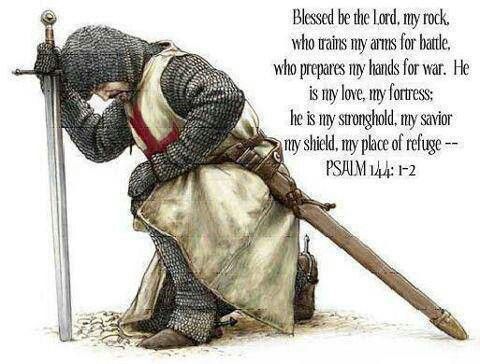 More about worry and fear…

This past summer I had a health scare. It was about a month long process of doctor appointments and waiting. Fear was once again knocking on the door of my life.

I am not going to lie. I struggled with fear. Some days I overcame. Others I did not.

The night before I went to the doctor to get my results, I was battling fear and worry–big time. The “what ifs” played over and over in my mind.

I was in the car alone on my way to the grocery store almost to the point of tears. I finally thought, ‘Rachel, get a hold of yourself.’ So I turned on one of my favorite praise songs, cranked up the volume, and started singing it at the top of my lungs to the Lord. Lifting up HIS name. Praising HIM.

Not me. Not my situation.

I began to focus on HIM!

There is nothing that will make the devil run faster than the Word of God and our Worship.

I want to read a few verses from one of my favorite stories in the Bible. It is a battle scene between king Jehoshaphat and three armies who had come against Judah and Jerusalem.

“Early in the morning they left for the Desert of Tekoa. As they set out, Jehoshaphat stood and said, ‘Listen to me, Judah and people of Jerusalem! Have faith in the Lord your God and you will be upheld; have faith in his prophets and you will be successful.’ After consulting the people, Jehoshaphat appointed men to sing to the Lord and to praise him for the splendor of his holiness as they went out at the head of the army, saying: ‘Give thanks to the Lord, for his love endures forever.’ As they began to sing and praise, the Lord set ambushes against the men of Ammon and Moab and Mount Seir who were invading Judah, and they were defeated.”

The people of Judah and Jerusalem had prayed and fasted. And now they were marching into battle. And what are they doing?

And while they were having a good old worship service, God was defeating their enemies.

I believe nothing gets Satan running away faster than when we lift God’s name on high!  He can’t handle it.

What struck me most about all this was the timing of their praise.

They didn’t just wait until AFTER the battle was over to praise and thank God. They praised and thanked Him BEFORE the battle–and DURING the battle.

Verse 21 says, “Jehoshaphat appointed men to sing to the Lord and to praise him for the splendor of his holiness as they went out at the head of the army…”

The front lines of Judah’s army were choir members!

The soldiers were singers!

Praise is a powerful weapon we can use against our enemy.

When problems are coming against us, and when the battle gets fierce, we can crank up that worship music and drown out the devil’s lies by praising our great God.  We can find scriptures that exalt the Lord and pray them.  Not AFTER the battle is over, but DURING it…right there in the midst of it…as we are heading out to face our foes.

And then watch and see what happens!  Watch the Lord set ambushes and annihilate our enemies!

Here’s the best part…Guess what happened next in the story?

“When the men of Judah came to the place that overlooks the desert and looked toward the vast army, they saw only dead bodies lying on the ground; no one had escaped.” 2 Chronicles 20:23-24

Israel didn’t even have to fight! God fought for them and HE defeated their enemies.

And He will do the same for you.

Praise! Now that’s what I call a battle plan!

“Only King Forever” by Elevation Worship.

One thought on “The Power of Praise”