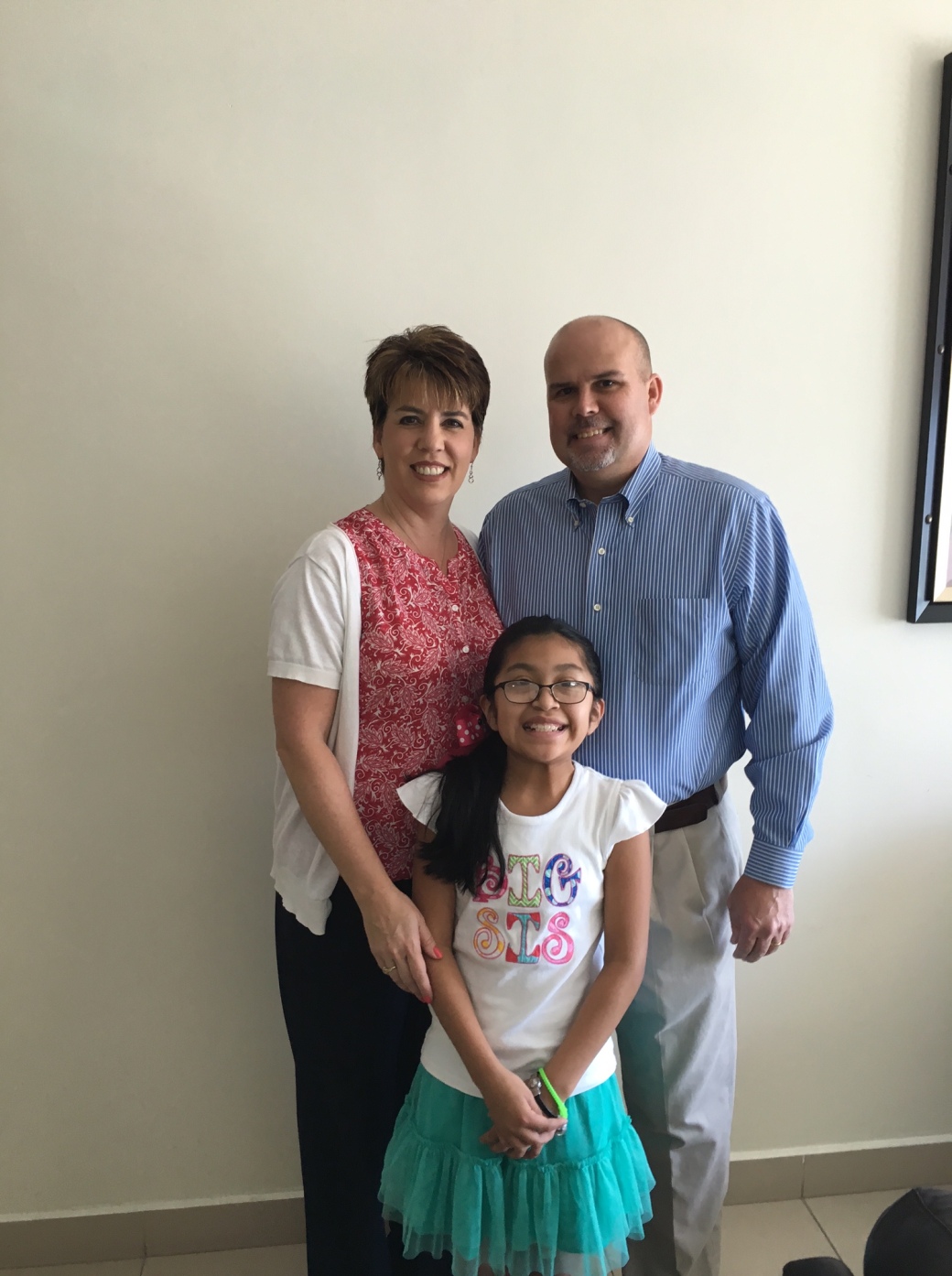 You know how the Lord will burden your heart for certain situations and people? Lately, I have not been able to get the Hobbs family out of my mind and heart. They are absolutely precious! They are in the process of adopting a little girl from Panama. They already have one adopted daughter, Kaili. That’s Kaili with her dad and mom (Damon and Meridith) in the picture above. The precious little one they are now adopting, Kaya, will be their second. They are not allowed to show pictures of her until the adoption is complete.

They have been in Panama fighting for her in court for 7 long months!

The court system won’t give them clearance to go home! It is incredibly frustrating. The judge keeps finding fault with the paperwork. Their court dates have been canceled and rescheduled. The court keeps coming up with more stuff they say the Hobbs have to do. The whole thing has been extremely disheartening.

Then they had their final court date hearing (or so we thought) set for August 10. We were so excited!  But when the Hobbs showed up for court, the judge wouldn’t hear their case because they didn’t have a public defender present. All the public defenders were at inservice that day and didn’t notify the court until that morning.

Another HUGE let down.

And I had prayed. Really prayed. Hard. I knew many other people were praying hard too. We were all hoping that August 10 would be the day, the big day when the Hobbs were finally told they could officially call that sweet precious baby girl their own. The day they could finally prepare to come home.

But God had a different plan.

That night I went back to the only place I knew to go. Back to Him.

There’s so much about God I don’t understand. He’s such a mystery. He’s always the Puzzle I’m trying to figure out. I try to put the pieces together, and make sense out of them.

When all He wants me to do is trust Him.

I know that this family is doing what God called them to do. No doubt! What a picture of Christ they are! We were once orphans! And Christ adopted us into His family. He fought for us–died for us. There was nothing that He wouldn’t do to make us His own and bring us home with Him.

So here’s what I am realizing as I’ve been praying through all of this and searching my own heart: This is so much bigger than the court system in Panama. Ultimately, all this is in God’s hands. He’s the One calling the shots. And He’s in complete control.

I don’t know why the Hobbs are having to wait…then hurry up…only to wait again. Maybe there’s people there who the Lord is using them to minister to. Maybe it’s for the people here…like me. I don’t know His reasons, but here is the passage that the Lord keeps bringing to my mind.

Then Jesus told his disciples a parable to show them that they should always pray and not give up. He said: “In a certain town there was a judge who neither feared God nor cared what people thought. And there was a widow in that town who kept coming to him with the plea, ‘Grant me justice against my adversary.’

“For some time he refused. But finally he said to himself, ‘Even though I don’t fear God or care what people think, yet because this widow keeps bothering me, I will see that she gets justice, so that she won’t eventually come and attack me!’”

And the Lord said, “Listen to what the unjust judge says.  And will not God bring about justice for his chosen ones, who cry out to him day and night? Will he keep putting them off?  I tell you, he will see that they get justice, and quickly. However, when the Son of Man comes, will he find faith on the earth?”

This is the lesson that I believe the Lord is trying to teach me through all this.

He wants me to keep on praying and not give up. To be persistent.

I thought of Moses and the 10 plagues. Pharaoh didn’t let the Israelites go after the first plague.

I thought of the Israelites walking around Jericho. The walls didn’t fall after one day of marching.

Elijah prayed for rain. A rain cloud didn’t appear in sky after the first prayer.

And each time, persistence paid off!

I do have some good news.

The Hobbs have another “final” court date. It is Monday, September 5. Labor Day.  Wouldn’t it be so cool if Labor Day is their BIG day? The day they will be able to rest knowing all their hard work has finally paid off! Oh, I hope and pray that it is!

But ultimately, the Hobbs story is God’s story. And we have to let Him write it.

So what about us? What if we prayed with persistence like that? What if we persisted even in the face of great opposition? When we’re up against impossible circumstances?

May we have the same resolve as that persistent widow–and the Hobbs! To always pray and never give up! The Lord values determination. He values persistence. He is looking for people who are willing to fight—to go the distance. To hang in there when the going gets tough. To hang on to HIM!

“And will not God bring about justice for his chosen ones, who cry out to him day and night? Will he keep putting them off?  I tell you, he will see that they get justice, and quickly. However, when the Son of Man comes, will he find faith on the earth?”  Luke 18:7-8

I read this saying the other day, “When life gets too hard to stand…kneel.” That’s where I feel like I’m at with my prayer life lately.  It’s back to my knees again and again. Satan throws another curve ball and it’s back to ground zero before my Lord. But if there’s anything I’ve learned on this Christian journey, it’s that Christians fight best on their knees.

Nothing is more powerful than the power of prayer.

So keep praying! And never, ever give up!

I still can’t wrap my head around how what we thought was our personal journey has affected so many. We thought it was just our lives being changed when in fact God had a much bigger plan.  I still can’t believe I get to be a part of it and the best part calls me Mommy.

Here is a song that has meant a lot to the Hobbs through all of this.

One thought on “Never Give Up”