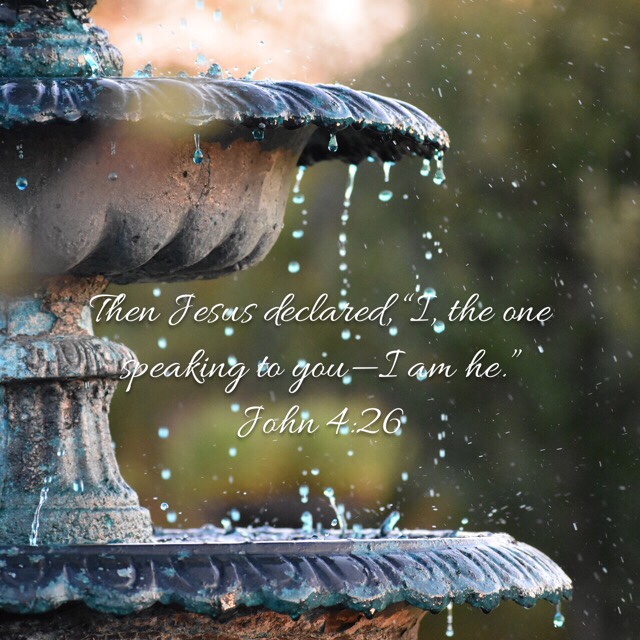 If you’ve been around me for any length of time, it’s no secret that I’m into sports. I love the competition, the teamwork, the pursuit of excellence and the lessons that come from winning (and yes, even losing). The sound of the marching band’s drum line on a crisp Fall Friday night, the hype of Super Bowl Sunday or working on my brackets for March Madness—I never get tired of the excitement! But every four years, a sporting event comes around that, IMHO (in my humble opinion) represents the pinnacle of athletics, solidifies national identities, causes cease-fires and unites the world in a month-long competition that speaks a common language. And no, I’m not talking about the Olympics!

The World Cup. La Copa Mundial. Die Weltmeisterschaft. Кубок мира (Kubok Mira—that’s Russian). The 2018 Men’s World Cup Tournament is in Russia this summer. Just for the record, I’m not expecting you to agree with me on my previous claim about the uniqueness of the World Cup; perhaps growing up playing soccer colors my view of such a claim. But it really is something special. And on July 15th, it WILL be settled. One team—no, one nation—will emerge as World Cup Champions and hold that title for the next four years.

While there can be draws (ties) in the opening round, there is no sharing of the golden trophy for which the tournament is named. It’s settled on a pitch (soccer lingo for field) measuring 110 x 72 meters (bigger than an American football field in all dimensions) by two teams each with 11 players (most who play the entire match) and one ball. That’s it. And at the end of two halves taking up a combined 90 minutes (or more in the event of overtime), a champion is unequivocally declared.

Early this morning I was catching up on scores and highlight videos from the tournament. As I clicked though images from places like Moscow and St. Petersburg, it took me back to a memory EXACTLY 24 years ago. In the summer of 1994, after college graduation and before starting medical school, I was in St. Petersburg, Russia for about two months. Serving with an evangelical missions organization, we rented a flat and lived like locals. Working with an area church, we offered English conversation classes and got to know people from all walks of life. Business owners, students, medical professionals, teachers, single mothers and others came our way and we shared the Gospel using an easy-to-read version of Luke. That summer was really a defining time in my life; I was 22 years old. While I remember several things about my time there, the memory triggered this morning by those cell phone images revolved around the Russian “White Nights” (Beliye Nochi).

While the phenomenon is not necessarily unique to St. Petersburg, the celebration of White Nights were made famous by this historic city and is truly an unforgettable experience. Essentially, it stays light all night long. With dusk meeting dawn, nighttime fades only to a dim sunset-like experience every year between June 11th and July 2nd. The sound of outdoor festivals, dancing and singing fill the night air. June 21st and 22nd are the longest (brightest) of the White Nights, correlating with the summer solstice. Coincidently, that is also when high school students in St Petersburg receive their diplomas. The coming-of-age tradition is to celebrate with family and friends throughout the night. It was a once-in-a-lifetime experience that we were privileged to share with a few of our students! There’s just something memorable about sitting with friends on the bank of the River Neva with the iconic Hermitage museum as a backdrop. Until early morning, we watched the bridges go up and down for the sailing ships and tasted cold milk and warm bread fresh off the delivery trucks. I’ll never forget it.

The Sunday before we left to return home, I was asked to preach the sermon at the local church we were working with in downtown St Petersburg. I chose John 4, the story of Jesus’s interaction with the Samaritan woman at the well. I won’t retell the entire story; you can reread it for yourself. But in this story ripe with important truths, Jesus pushed boundaries once again to reach an unreachable woman and her community. He was Jewish, she was a Samaritan. He was a rabbi and she was a woman—an unclean woman at that. They were more than likely alone. He was asking for a drink of water from the same cup she would use for herself and her family. Then, with a twist on the conversation, Jesus suggests that what she REALLY needs is “living water”. Confused, she questions His offer and Jesus proceeds to explain:

The woman said to him, “Sir, give me this water so that I won’t get thirsty and have to keep coming here to draw water.” John 4:15

Once Jesus tells her some of the sordid details about her life that He shouldn’t have known as a total stranger, she realizes that this is a special encounter. And she desires more—longing for the day when the promised Messiah will show up on HER scene and explain away all of her confusion and make things right. But standing at the same well fetching the same water, it’s a nice thought that might happen someday. Just not today.

Have you ever longed for the Lord to

show up on YOUR scene but it seems like a far off probability? I know I have.

Just like this Samaritan woman, I find myself buried in the day to day grind. Some days, I’m even really struggling through it. I know Jesus exists and I know He cares but He just isn’t in my neighborhood today.

Routine isn’t necessarily bad but it is often the blinders that keep us from seeing what is right in front of us.

Imagine what it must have looked like: this Samaritan woman staring down a traveling “stranger” who interrupted her daily grind. It’s almost like she wants to believe something better is out there but there’s just no room for a miracle today. And then His eyes meet hers.

Jesus confirms in one sentence that HE IS AND HE IS HERE! No more wishful thinking. No more looking to the horizon. Open your eyes and see!

As I write these words from High School Camp, I am totally out of my routine. I think that’s part of the joy in going. We get up early, stay up late and keep moving throughout the day. That’s certainly the smartest way to handle a bunch of teenagers; idle time usually creates issues! The sermons have been rich in scripture and relevance, cabin group time with my boys has been incredibly impactful and worship through music has inspired worshippers to sing their hearts out to the Lord. While the Word is ultimately where we find Truth that inspires transformation and drives the wheels of our faith, the Spirit does some really cool work through music. Tonight with the invitation we sang the North Point song “Death Was Arrested.” During it, I was overcome with a sense of God’s Presence in that worship center. I really can’t describe it. If you’ve listened to the song before, this hopefully will make sense going forward. If you’re not familiar with it, maybe look it up and listen to it after you close this email. Here’s the chorus.

Oh, Your grace so free

You have made me new

Now life begins with You

Pouring down on us

You have made us new

Now life begins with You

During this time, a student made his way down the aisle I was sitting in and accepted Christ. His story is pretty incredible (they all are really) and I wish I had time to roll out all the details. Now understand, there was a lot of sowing that had occurred on his behalf over the last couple days. But tonight in this young man’s searching, Jesus showed up in HIS scene and offered him what he had been looking for all along: living water. Of course, Jesus works in lots of other venues apart from camp. I know that and affirm that. But one of the joys of being here at camp is seeing Jesus at work with my own eyes—tonight He took someone from death to life!

HE IS AND HE IS HERE.

And that settles it.

One thought on “That Settles It”