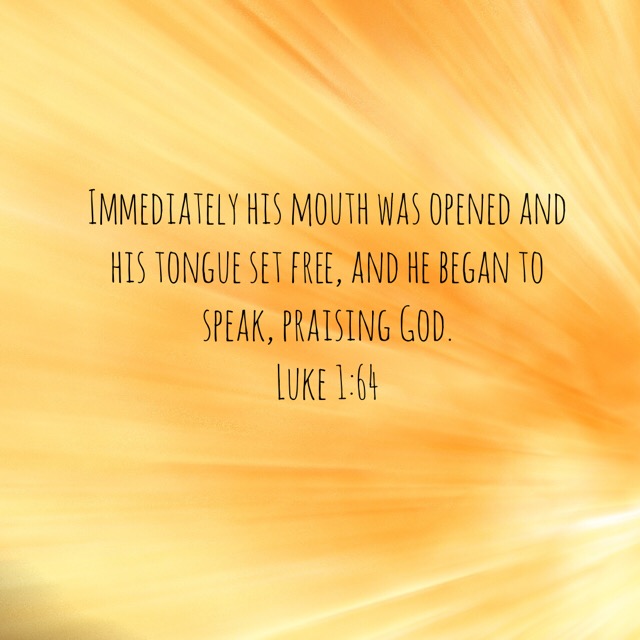 Zechariah asked the angel, “How can I be sure of this? I am an old man and my wife is well along in years.”  ‭‭Luke‬ ‭1:18‬ ‭

Zechariah was worshipping in the temple when he was visited by the angel Gabriel and was told his wife Elizabeth would have a special son—John the Baptist. Zechariah doubted the angel’s message and pointed out how old he and his wife were. Because of his doubt in what God could do, Gabriel took away his ability to speak until his son was born.

The angel said to him, “I am Gabriel. I stand in the presence of God, and I have been sent to speak to you and to tell you this good news. And now you will be silent and not able to speak until the day this happens, because you did not believe my words, which will come true at their appointed time.” Luke‬ ‭1:19-20‬

Zechariah was worshipping in the temple, but when things got personal between him and God, his lack of faith was revealed.

I am not so different from Zechariah. Many times when the Lord asks me to do something or deals with me about something, I doubt. I look at my own abilities, or lack there of, instead of trusting God and His Word.

Hebrews 11:6 says, “But without faith it is impossible to please him: for he that cometh to God must believe that he is, and that he is a rewarder of them that diligently seek him.”

God is still speaking today. Whenever we open His Word and read it, we have the opportunity to hear from God. He wants more from us than a visit to church once a week where we warm a pew. He wants to get personal with us. He wants to speak to us. He wants to use us.

He wants to do great things in and through us, just like He did with Zechariah.

God still chose Zechariah and Elizabeth to be the parents of the great prophet, John the Baptist. When John was finally born, God opened Zechariah’s mouth and his ability to speak returned. And speak he did! A mouth that once spoke doubt, now boldly praised and magnified God.

Immediately his mouth was opened and his tongue set free, and he began to speak, praising God.  Luke 1:64

His father Zechariah was filled with the Holy Spirit and prophesied: “Praise be to the Lord, the God of Israel, because he has come to his people and redeemed them. He has raised up a horn of salvation for us in the house of his servant David (as he said through his holy prophets of long ago), salvation from our enemies and from the hand of all who hate us— to show mercy to our ancestors and to remember his holy covenant,the oath he swore to our father Abraham: to rescue us from the hand of our enemies, and to enable us to serve him without fear in holiness and righteousness before him all our days.”  Luke‬ ‭1:67-75

During this advent season, let’s make time to get personal with God. When He speaks, let’s listen. When He calls, let’s trust and obey.

And when we speak, let’s magnify our great God.